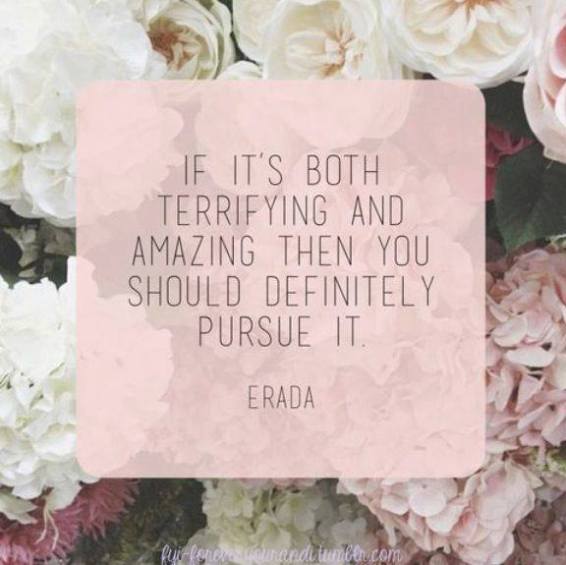 Sometimes we experience fleeting thoughts about things that we’ve secretly longed for or wild ideas that seem incomprehensible and unattainable. They flash through our minds quicker than we’d like them to before we write them off as silly or impossible.
I remember so clearly the night before I left for University. I’d like to think that was the moment I realized I was truly in charge of my own destiny. I was driving in my car with a close friend and I suddenly turned to her and said, “I don’t really have to go, you know. I could run this car through the red light and hop on a plane to Japan if I wanted to. I don’t need to drive to Windsor tomorrow. I can do whatever I want to.” Of course this thought was immediately dissolved by laughter and the current circumstances surrounding my situation. Tuition had been payed for, I had people rooting me on, a boyfriend waiting. It seemed ridiculous to haphazardly change a plan I had been mapping out for the past year.
It wasn’t until I got there that I knew things needed to change. It was my first lesson in experiencing a great let down of expectations. Something much bigger than finding out your plans were cancelled or that you got a C on your Math test when you thought you would get an A. This was my future falling apart. The future that I had held so close to my heart as something I was so sure I wanted to come true.
Something clicked in me the second time around. It was when I intentionally missed the deadline to sign up for the Winter semester classes that I noticed I was still in one piece. Nobody told me to change my mind, nobody was holding a gun to my head, there wasn’t a big flashing bolt of lightening plummeting from the sky toward the ground. I was okay. In fact, I was happier than I had ever been. From there, the doors just opened. It was clear to me then that I had the power to shape my life because it was mine. It wasn’t anybody else’s. That is why I live by the motto of following your heart. I think a part of you always knows where you need to be lead before you can admit it to yourself. I know it isn’t easy. I know that I am blessed with a support system like no other but if I can help to inspire even one person to throw caution to the wind and only be where they believe they will be the happiest, I will have done my job.
I promise, promise, promise it will be worth it.
Which leads me to my next journey. One I knew would come sooner rather than later. It began as a fleeting thought but this time I kept it there and refused to let it go. After you’ve spent a significant amount of time discovering the world, even just a small part of it, you can’t help but feel that itch to see more because there will always be so much of it waiting.
Originally, I had plans to jet off to New York City, a goal I am still certain I will achieve in the next few years. I think I just decided to stop narrowing my mind to one option and seriously evaluate where I was sitting mentally and spiritually. My current self needed to be somewhere with a little less hustle and a lot more peace. At heart, I am a city girl who thrives off the energy of others. Anyone who knows me knows I am constantly moving with little time to breathe. A whole other side of me has appreciated the alone time and the chances I get to calm my body and mind. It’s important to find a balance between the two which is why I jumped to the idea of travelling to the East Coast as my next destination.
The importance of seeing my own country became apparent while I travelled to cultures that were vastly different from ours. I often found myself embarrassed at how little I was familiar with outside of Ontario.
That is why on Monday the 16th, I will be driving my way out to  Halifax, Nova Scotia and making it my home.

I have a beautiful room just minutes from the harbour and filled with people I know will bring friendship and new opportunities into my life. I plan to take what the Maritime lifestyle gives me and incorporate its charm into my art. This is a place I know I will be able to grow as an artist, a writer and more importantly, as a person. How long will I stay? That answer isn’t up for me to decide right now. I know that when the time comes to move onto the next step, I’ll be able to recognize it and so I will go.

The goodbyes never get any easier. It’s strange to think that at about this time last year I was in nearly the same position, struggling desperately to squeeze in hugs and catch ups before my departure. Although it’s true the goodbyes are never forever and I’ve gotten used to friendships withstanding a 500 mile distance, things are a little harder this time. I couldn’t tell you how often I’ll be visiting my hometown of Kitchener-Waterloo. Of course I’ll be home for Christmas but rarely much longer. Don’t get me wrong, I absolutely love where I’ve grown up. Since leaving it for a long period of time and then returning, I’ve found a solid appreciation for what it has given me and what it has offered.
The truth is, “This town will always been too small for all the dreams held inside my head. I’m sorry, but I cannot stay.”
I remember reading that quotation once and almost laughing at how much it rang true. Sometimes you just out grow a place. Your dreams stretch wider than the environment that housed you for 20 years and you’ve had a taste of the places that can make them come true. You should never deny yourself of seeking out new options, taking risks and stepping outside of your comfort zone. It’s absolutely thrilling.
The moment I realized I had signed a lease, bought myself a car and partially packed up my life into two Rubbermaid bins was the moment I became shocked at the power of decision making. It’s an incredible thing to create a reality from a tiny passing thought and a terrifying but exciting moment to await what it will bring you.
So, without further adieu (and the potential to make this a freaking Oscar speech, thanks to all those who continued reading), I am thankful for the support of everyone in my life as I do something crazy and slightly unplanned once again. Didn’t you expect it by now? Truthfully, it’s my favourite way to live.
See you soon Halifax. I know you’ll bring me magic.

3 thoughts on “To The Coast On Impulse”