On Friday morning at 8am, I took the A subway train to Fulton street as many others had done 14 years ago. The subway was experiencing delays and we were stalled in one place for quite some time. It was kind of surreal, sitting in that dark and dingy tunnel when the clock struck 8:46. I knew it was that exact moment the first plane had hit the north tower and I sat there in silence while some passengers checked their email and others sat in deep thought staring into nothing. I wondered what that moment meant to them or if it held any significance at all. Either way, we all remember where we were on September 11th, 2001. Whether we were too young to fully understand the severity of the attack or old enough to have it wrench our souls, the lasting effects live on forever in the hearts of so many.

The annual ceremony that takes place at the memorial site was reserved for family members only so I wasn’t able to attend. Instead, I stood outside the gates and quietly observed, photographed and reflected upon the hundreds of people entering the area. I was sure the entire police force and NYFD was present that morning. They were all dressed in full uniform; some more extravagant than others but proud nonetheless. A few of them were carrying U.S flags or flowers in their hands. Family members took time to write messages on the walls of a building nearby in honour of their loved ones. There was a very distinct energy in the air that morning but above the sorrow and sadness that goes hand in hand with this date, there was a feeling of community and togetherness. In a loud and bustling city, things felt a little bit smaller. 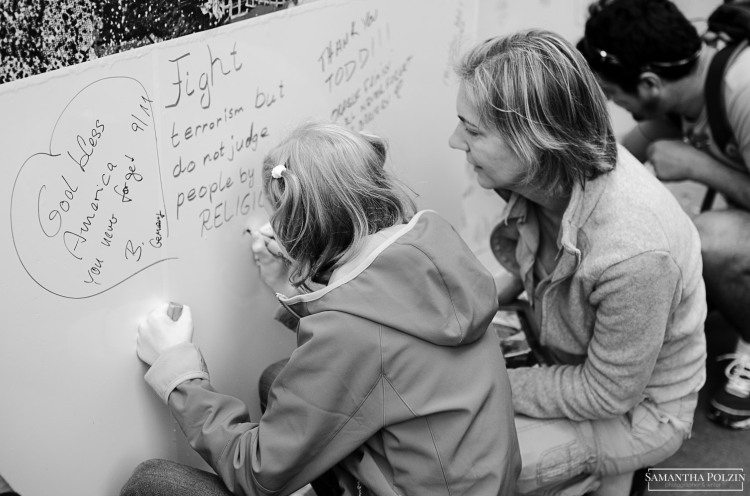 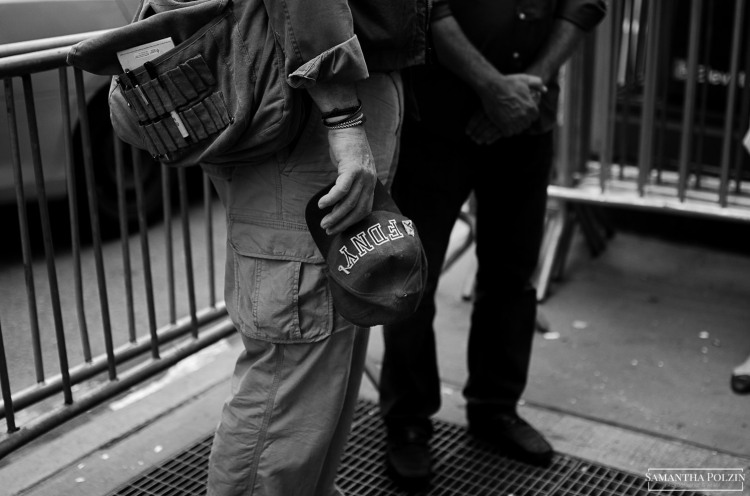 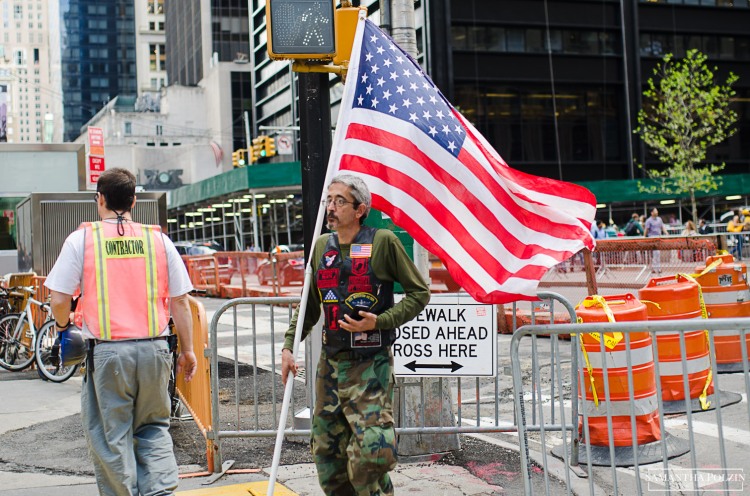 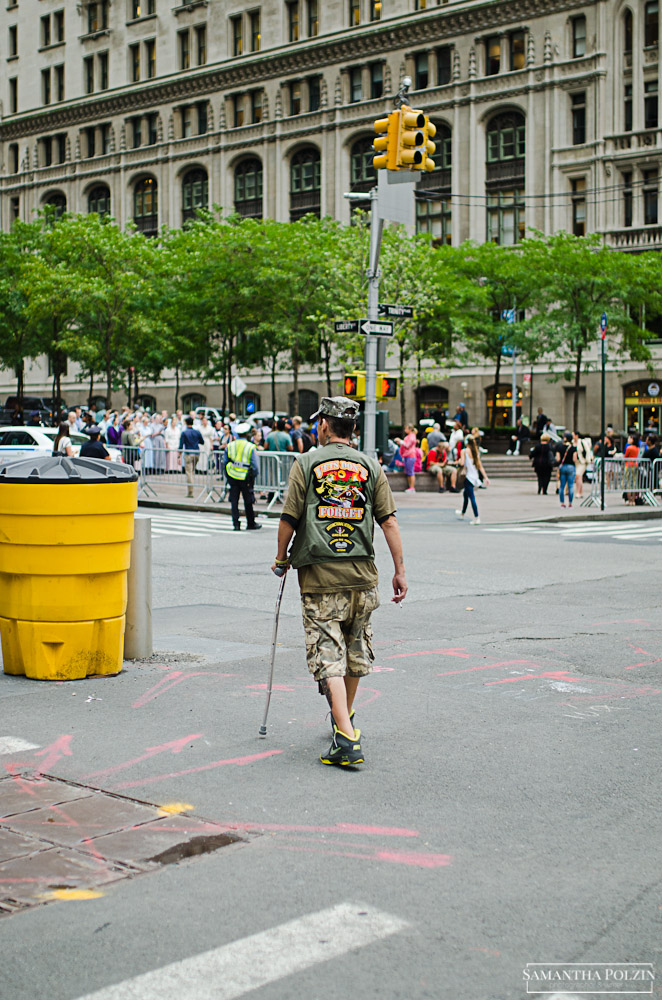 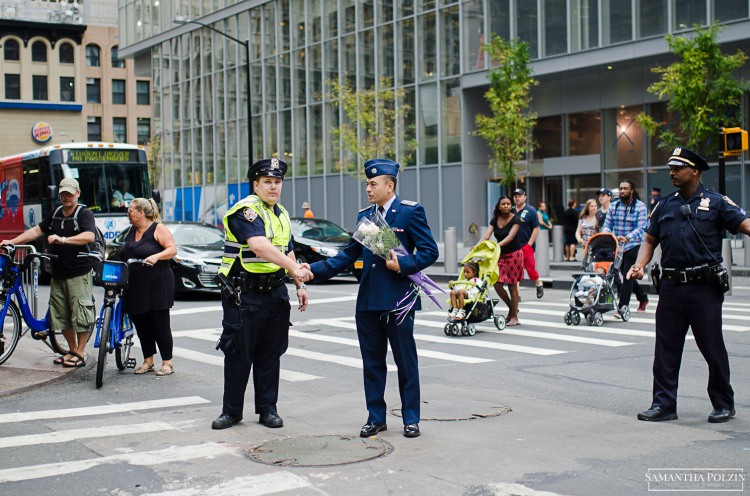 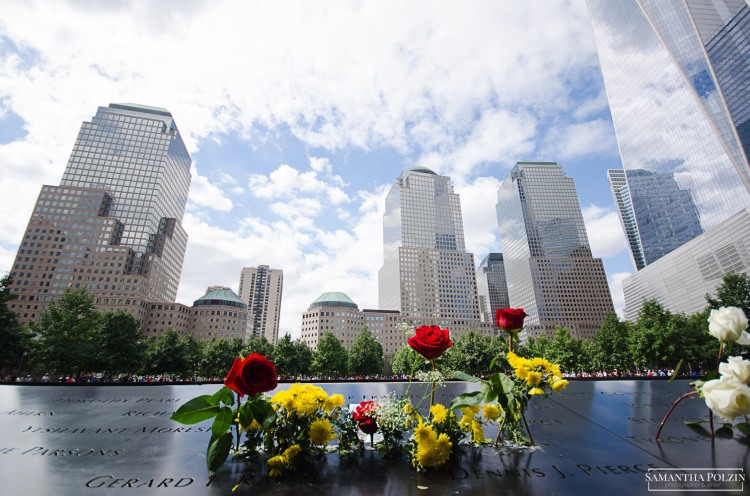 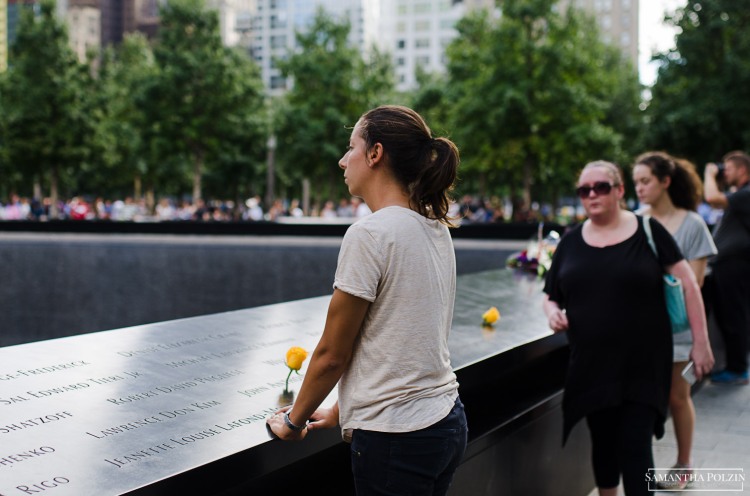 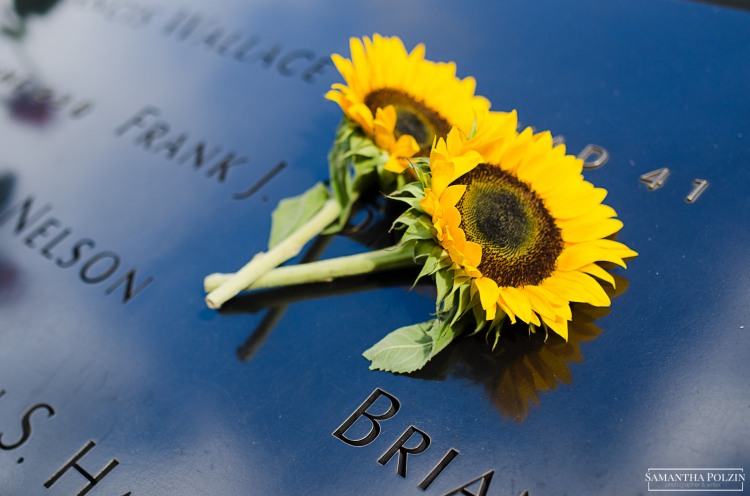 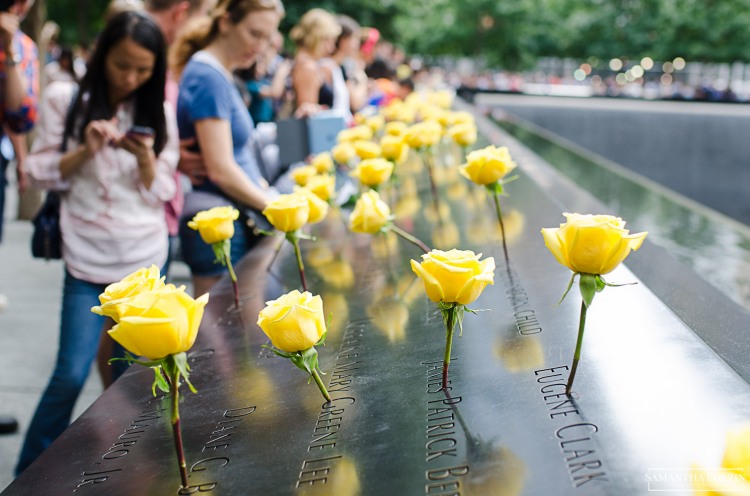 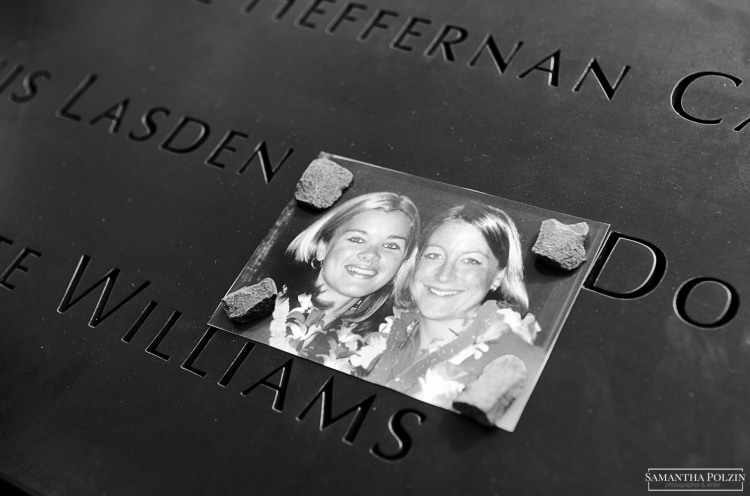 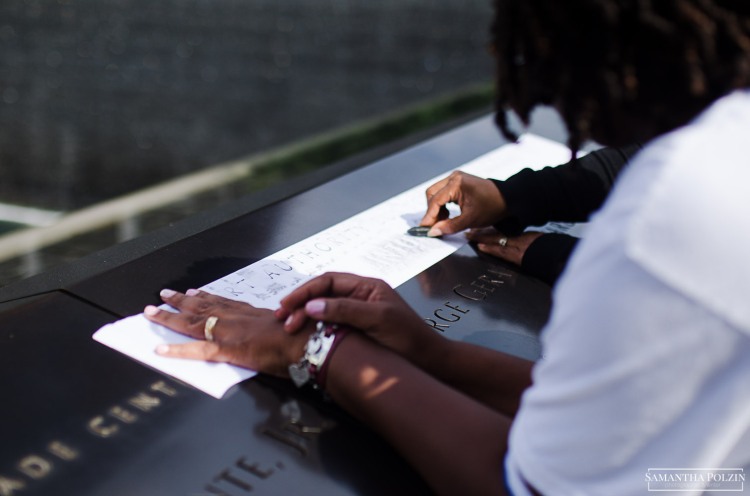 Later that evening, two beautiful and bright lights shot up from the ground in the empty spaces that were once occupied by the twin towers. It was a gorgeous tribute and a true emotional journey to pause and pray for those who were lost and those continuing to cope. You will never be forgotten. 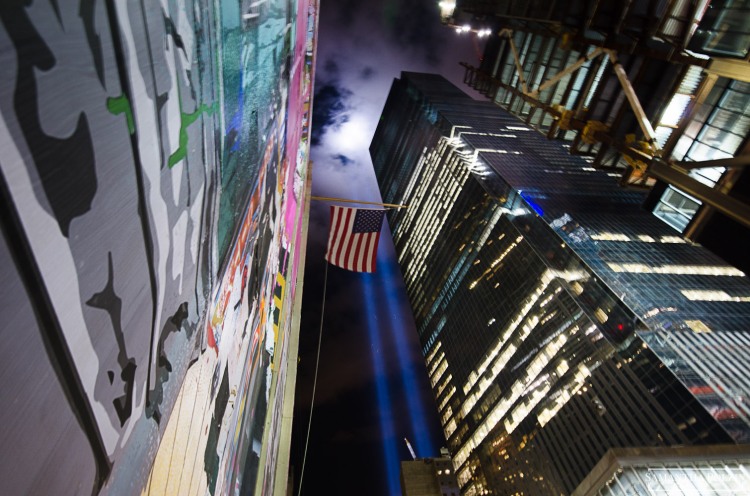